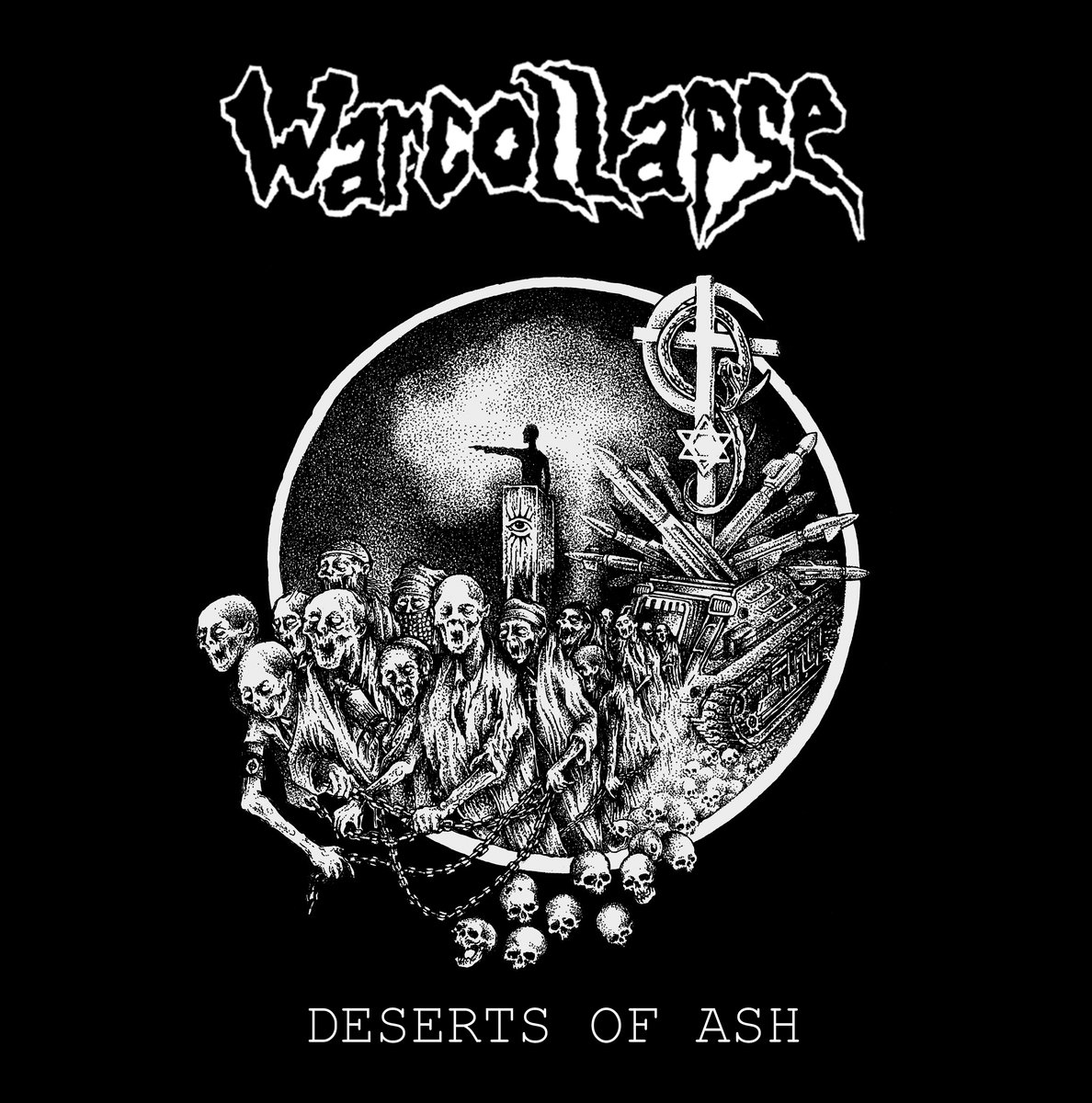 On Friday the long-awaited new album of the Swedish d-beat / crust machine WARCOLLAPSE  was released.  Titled “Deserts of Ash” and contains over 5 songs for over 20 minutes with the title track filling nearly half of that time. Listen below:

Artwork by Stiv Visions of War, and there is also a 150 limited edition on poison-green vinyl with dark splatters with a further 850 black vinyl pressed released on Phobia Records, Insane Society and Bye Bye Productions. The album comes out almost 12 years after the last “Defy!”, issued by Profane Existence.