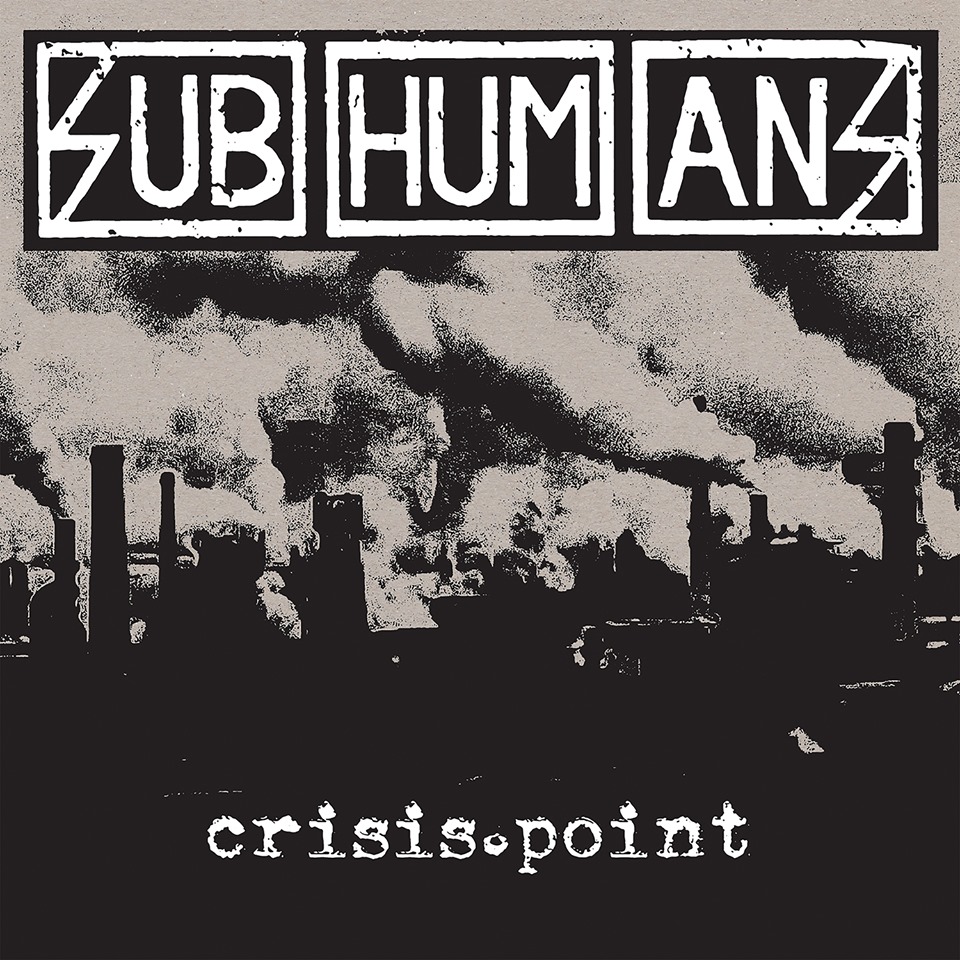 “Coming soon-ish! A new Subhumans album, Crisis Point, on Oakland’s finest Pirates Press Records, out on September 13th, on CD, Vinyl and cassette! With artwork for the new album by Dick Lucas. Ten new songs about terror/pollution/mind control…and similar reflections on a world in crisis check out a live video below of Subhumans track 99% which will be featured on ‘Crisis Point’.