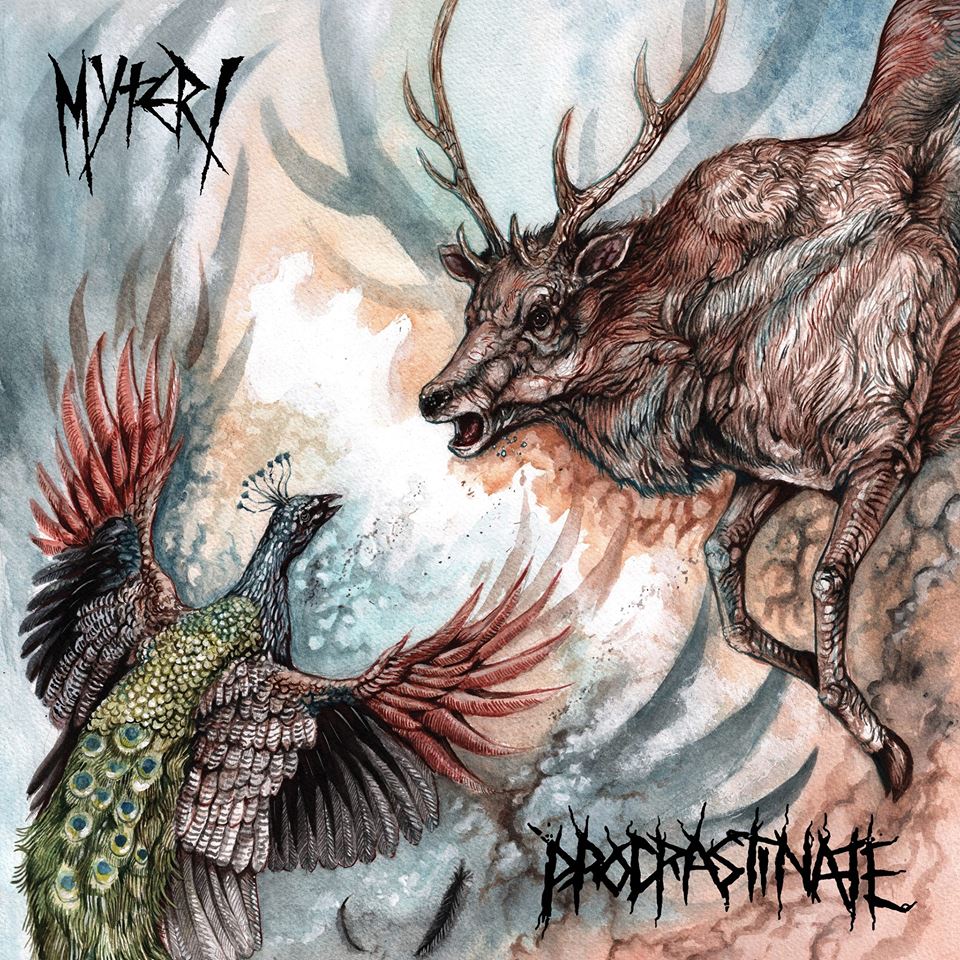 
Procrastinate from Greece and aligning with from Sweden on 12″ whose pre-order (released 21.03.2019) launched. With a trailer for the split 12″ being released and the idea behind the release being put into word by  which sums up the DIY scene and the scene we are part of:

“This record is meant to seal the friendship we built during the time we spent together touring in Greece towards the end of March of 2018. On two beautiful days of relaxation that Myteri spent in Procrastinate’s hometown, in the middle of the tour, the recording sessions were simply the cherry on top, making our joined experience one that we will never forget. We would like to extend our gratitude to all squats and DIY spaces that hosted us, we shared the stage (or floor) with, all the lovely people involved either by setting up a show, cooking, sharing their place, buying merch, attending the shows or meeting us and of course everyone that’s making this release possible.”