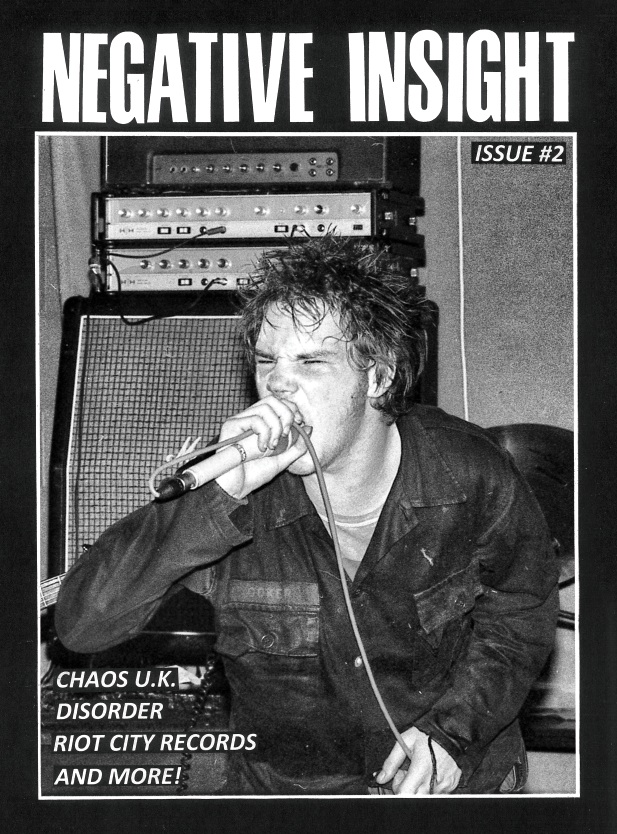 The second issue of Negative Insight is out now accompanied by a Chaos UK 7″ of rare songs, and i am trying to get the word out. Here’s the description:

Here is the second issue of Negative Insight, entitled the “Bristol Breakout” issue. With a focus on the deafening noise of the Bristol punk scene in the 1980s, it contains comprehensive interviews with Chaos UK, Disorder, and Riot City Records founder Simon Edwards. The issue features many previously unpublished photos from the personal archives of band members and others involved in the scene, a large four panel fold out poster, articles, and more. It comes accompanied by a Chaos UK 7″ containing two rare studio tracks recorded in 1981 and 1983 and packaged in a Riot City inspired sleeve. This issue is printed as a professional magazine on coated paper instead of the previous zine style, but with all layouts done in the traditional cut ‘n paste format with typewriter text. This should appeal to fans of British hardcore, 1980s layouts, and those who enjoy reading about drug abuse and living the chaos.