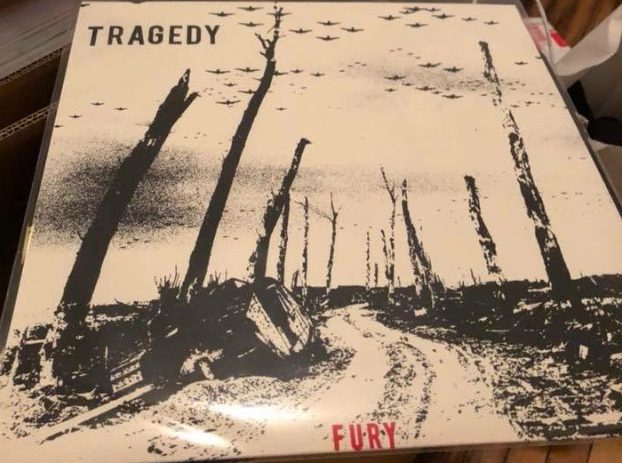 Portland based Tragedy are back with a new record ‘FURY’ which will be out soon. The record will be self released on Tragedy record as has many of their other previous records. A special hand stamped red edition was released at their show last night in Portland which I am sure will be on Discogs soon.

Tragedy are due to tour Europe during the month of September, I have not seen a full list of dates but they are playing in Germany, Poland and Republic that I know of.  I am sure more news and tracks will come soon but for now just be excited like I am and check out the photos of the record via Tankcrimes Twitter