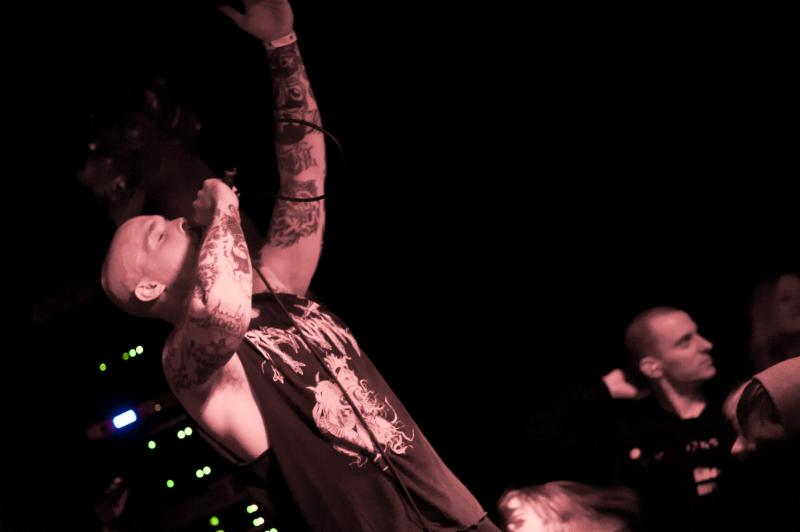 Oakland, California’s death metal quintet Vastum, featuring members of Acephalix, is currently in the studio wrapping up their fourth LP for release in the months ahead.

Vastum  returned to their ally Greg Wilkinson and the cavernous abilities of his Earhammer Studios (Necrot, Nightfell, Ulthar) for the creation of their fourth LP, Orificial Purge. The band is putting the final touches on the record this week after which it will be finalized and set for release once again through their allies at 20 Buck Spin. This will be a follow up to their 2018 split with Spectral Voice

Offers  Vastum ‘s vocalist Daniel Butler, “A primitive combination of brutality, doominess, and evil atmosphere found on Hole Below is developed further on Orificial Purge. The effect is more hypnotic than any of our other albums. The album doubles down on the mid-paced dirge of our other recordings, but it also revisits the speed of some earlier songs like ‘Devoid.’ Experiments with ambience and melody contrast with heady and knuckle-dragging riffs, and carefully crafted vocal dynamics amplify the evil and punishing atmosphere to create a primal yet dissociative mood. Lyrically, the album is written associatively, with words forming as inchoate physical sensations that gradually take symbolic form. Some of the lyrics are therefore allusive and elusive, not easily lending themselves to coherent meaning. Upon closer look, however, the lyrics are classic  Vastum-style meditations on abjection as life, life as tragedy, and tragedy as a dissociative rapture through which humanity comes into being.”

Watch for the full details on  Vastum ‘s impending Orificial Purge LP to be issued in the weeks ahead, as the record is slabbed and prepped for its public unveiling in the autumn months