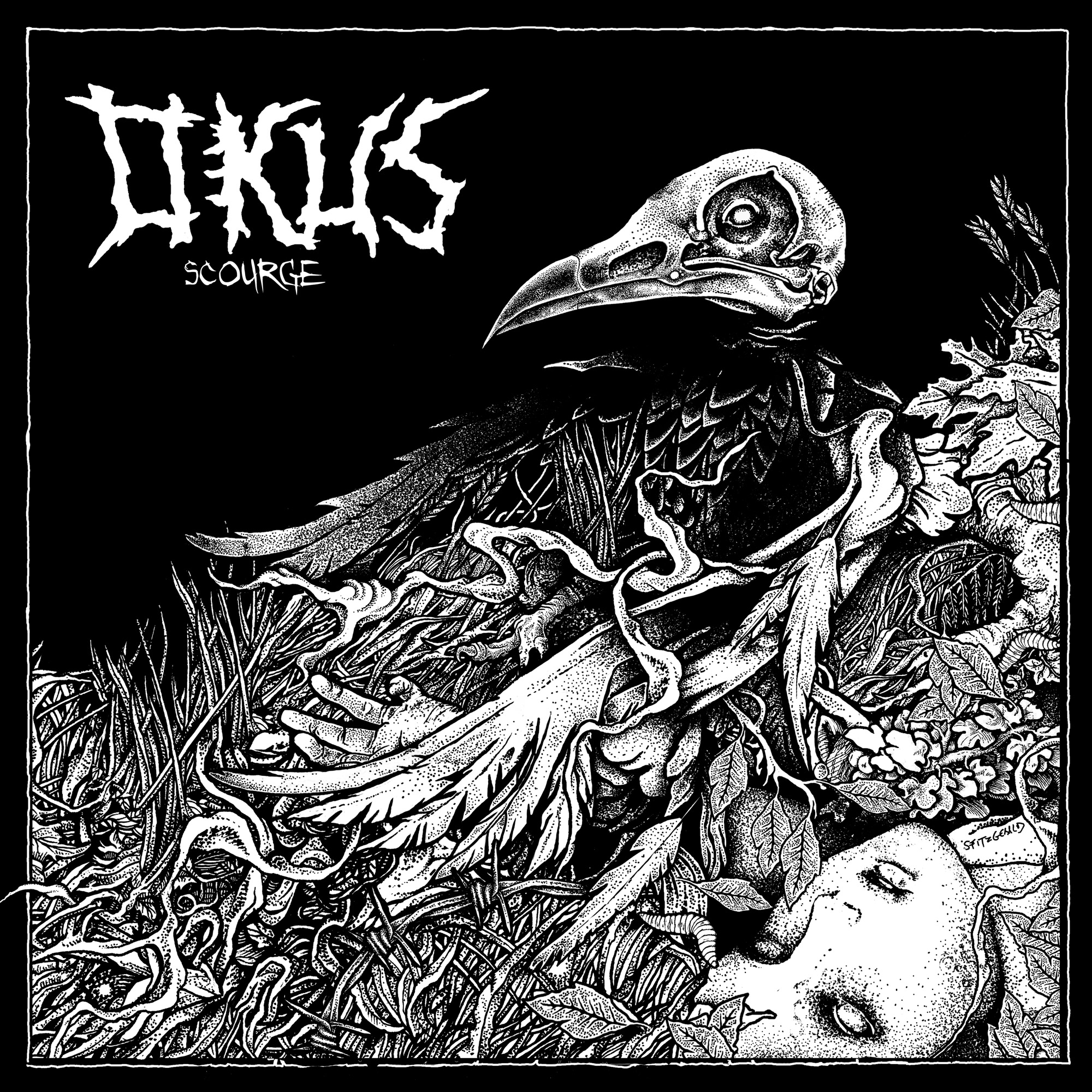 Out now on Distro-y Records and Chainbreaker Records

Having been a back bone of the Irish hardcore/crust scene over the last number of years, the dooming crust behemoth of OKUS returns with ‘SCOURGE’ 10 tracks of blacken crust whose dooming crust wrapped in a metallic heftiness and misanthropic hardcore propelled by galloping drums with D-beat and blasts and rough vocals focusing on a nihilistic and bleak look at the world based on religion in some way, through war, religion, economics. FFO Crust pioneers Sacrilege, Amebix, Napalm Death
With already having released a crushing Self Titled 7 track CD on Underground Movement, SCOURGE enclosed in artwork by Sean Fitzgerald, who previously done the artwork for the CD. Recorded and mixed by OKUS‘ Johnny Kerr at Dead Dog Studios, Drogheda. SCOURGE will see a crushing crossover of crust and dooming metal.