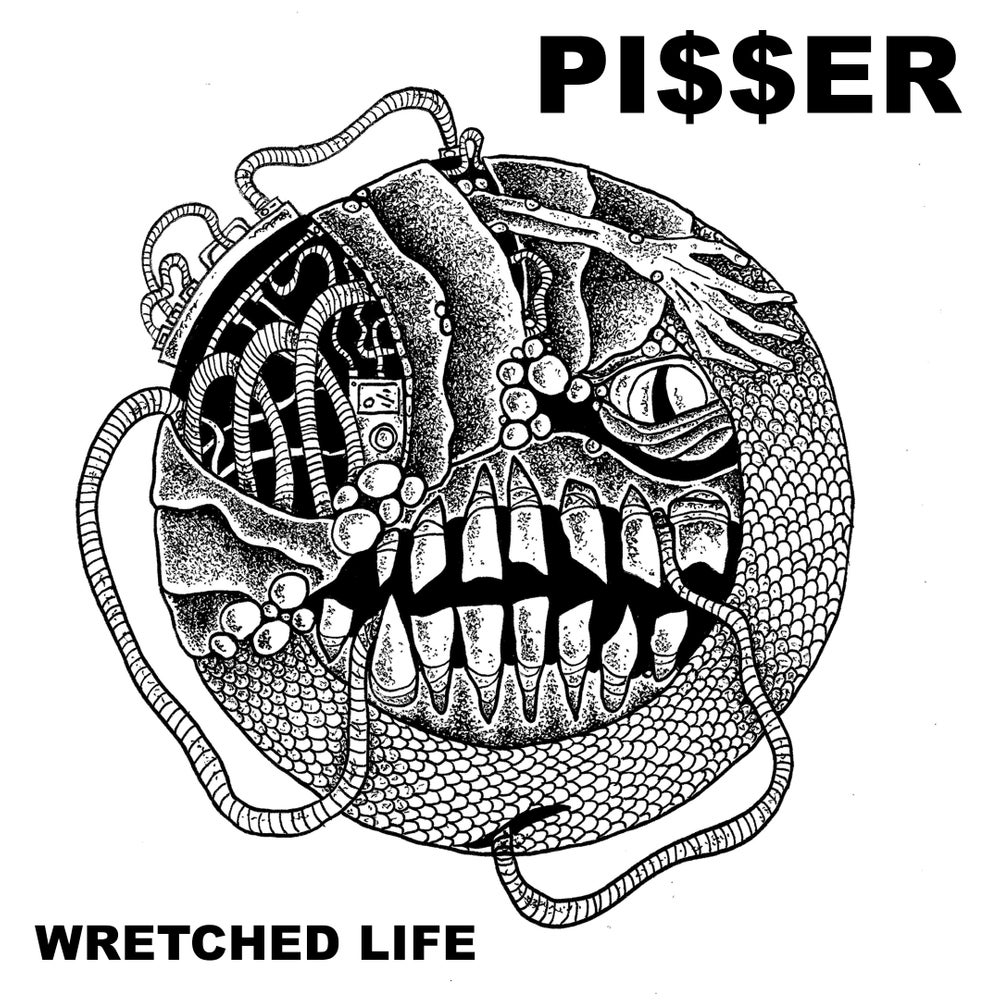 PI$$ER Debut Out In July

PI$$ER debut release out in July comprises of hardcore/crust played by some of the legends in the scene with one added extra Saxophones. D-Beats alright if you like Saxophones.

This is record is something I have not quite heard before yes it has some dirty crusty sounds and a driving a D-Beat but with an extra added dimension to the sound laid down by the saxophone that at times making me do a double take wondering if I am listening X-Ray Spex, it may sound like an odd combination but it does work and it seems to add a depth in sound. Worth checking out

PI$$ER is the brainchild of James Domestic (THE DOMESTICS / DIS-TANK / BRING THE DRONES) and draws on the talents of various luminaries of the punk/hardcore scene both home and abroad.

The rhythm section comprises Swedish legend Charlie Claesson (ANTI-CIMEX / WOLFHOUR / THE PARTISANS / BRING THE DRONES) on drums and Rhodes (THE DOMESTICS / HOBOPOPE & THE GOLDFISH CATHEDRAL) on bass and organ. On guitar are Bri Talbot from UK crust titans, DOOM, and Matt Woods (ex-REVENGE OF THE PSYCHOTRONIC MAN and now DISSIDENTS). Topping all this off is saxophone abuser Eddie O’Toole (THE SHITTY LIMITS / THE FILAMENTS / BEAT THE RED LIGHT / PERSONNEL) and James Domestics’ ravaged, menacing, vocal tones taking on a murky, delay-enhanced edge.

‘Wretched Life’ is a strange and heady cocktail that simultaneously references the bands noted above, whilst sounding nothing like any of them. Beefy, catchy hardcore that kicks hard in both brain and gut. The employment of saxophone is not unique in punk but in this d-beat infused, reverb-drenched milieu it is certainly a rarity. I can think of no band currently – or formerly – operating in the international hardcore punk scene that sounds quite like this!