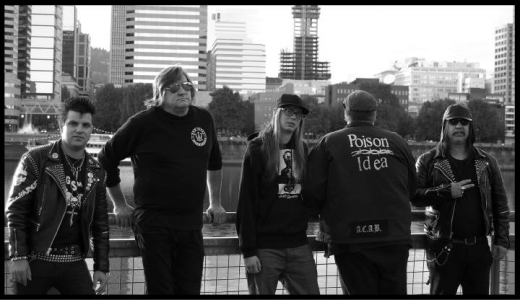 POISON IDEA have declared an Indefinite Hiatus on the back of the European Tour.

“Upon returning from their successful European Tour which consumed the past several weeks, POISON IDEA has returned home and announced that the band is going on hiatus for an undetermined amount of time. The band has issued that they need to address some health issues and personal matters, and all upcoming shows for the undeterminable future have been cancelled or postponed. Additional details on the band’s future plans will be announced at a later date.”

We hope Poison Idea are able to make a quick recovery from the issues in question and we wish them all best at this time.