Label: Southern Lord
As blistering as ever Poison Ideas rocking hardcore punk brings us a new set of 11 tracks. Their sound as predominant as ever crushing through the album and just throwing its shear volume about in a ‘Fuck You’ mannerism that draws you into what is Poison Idea. 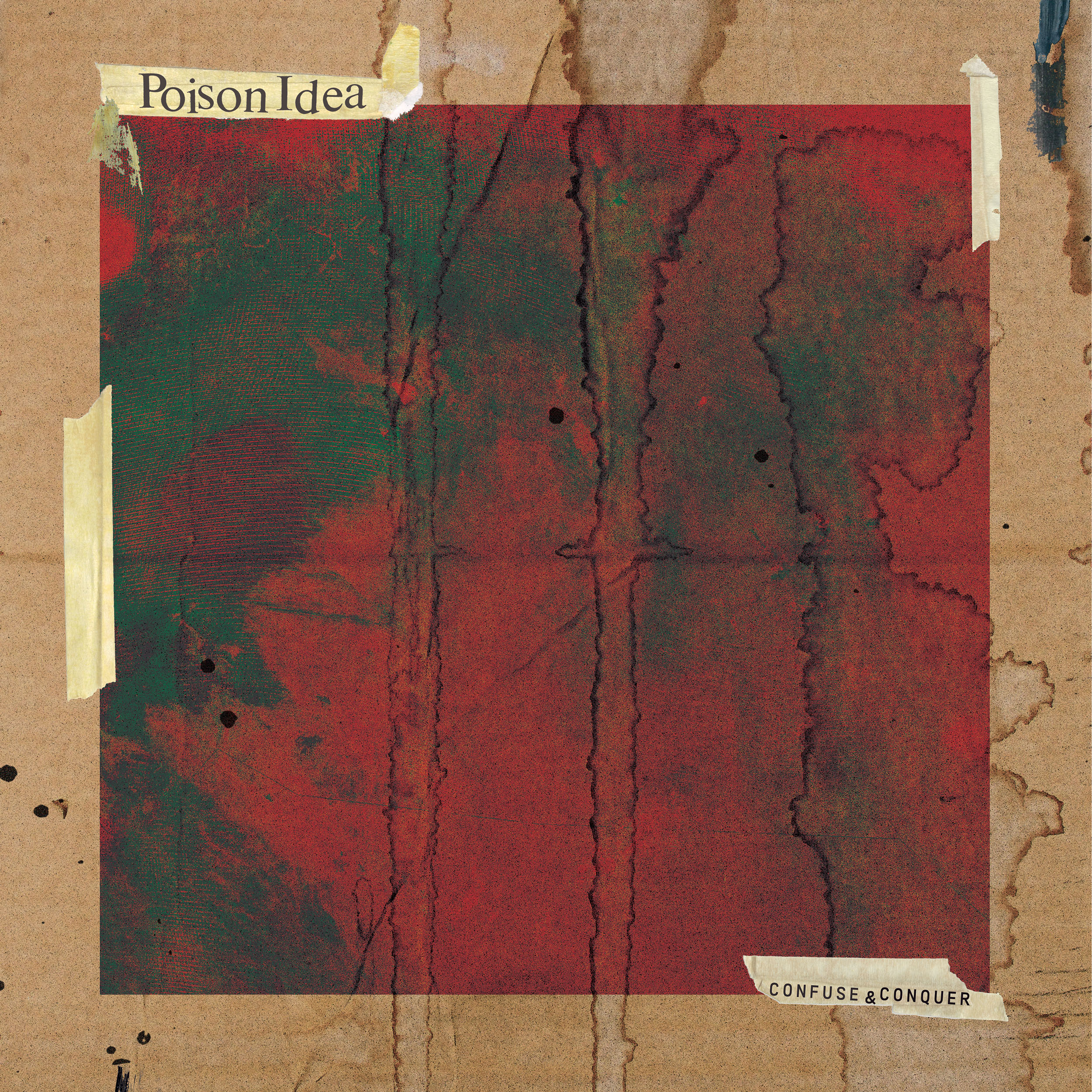 Poison Idea seem to have this ability to just build and compile on each chord as they rip up and down the neck of each of their guitars with the drumming out a constant driving beating force that pummels out the foundation layer for each little lick/solo thrown in effortlessly. With Jerry A’s lyrics punching through choral “whoa oh ohs” with words although audible in the majority we will never know for sure, as they will not be included as he has seemingly burnt them. (see video below)

This ain’t just PI hitting hard through out, throwing in something off par changing the form of the record from a sinister piano that plays into ‘Psychic Wedlock’ as if the start of ‘Feel The Darkness’ LP was rearing its head once again with the inevitable following of ripping punk. They do go off kilter bringing in a western style sound which you can guess which track it is from the track listings. Confuse & Conquer also includes the track “Hypoptic” that was released on the B-side of the two track 7″ which came out on Voodoo Doughnut Recordings but on ‘C & C’ this is an alternative version, never the less rocking and catchy as hell, hypnotic in a sense.

Poison Idea have been going for a long time, with Confuse & Conquer showing there ain’t no sign of them stopping. With the track ‘Bog’ being the one that you keep going back to listening to again which is right at the start and thus creating a never ending cycle of listening.