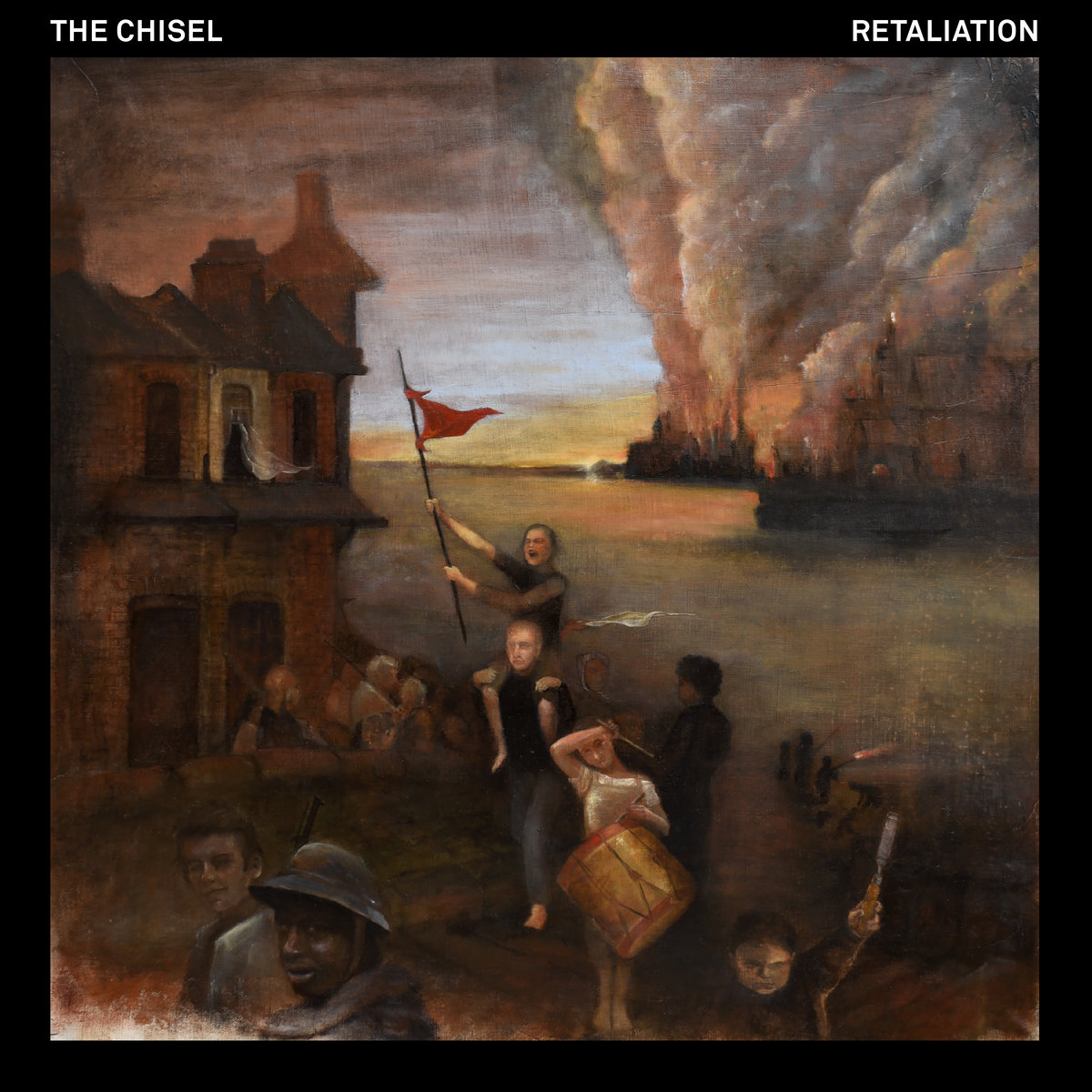 The Chisel are here with their debut LP ‘Retaliation’ on the punk stamp of approval La Vida Es Un Mus. Following on from three singles we get a full length from the London-based punks.

The Chisel come out swinging from the get the go with ‘Unlawful Execution’ and they don’t let up. Bringing an intensity to recordings that fill you with excitement for live gigs once again. This LP really makes you think how good it will be to see The Chisel live. These tracks are all absolute anthems that make it hard to not sing/shout along too, whether it be vocalist Cal aggressively chanting out the track title of ‘Common as Muck’ or ‘Sit and Say Nothing’ or a gang chorus of ‘Retaliation’. There is also a welcomed re-appearance of the tracks ‘Not the Only One’ and ‘Come See Me’, some might think they are being robbed of two tracks by The Chisel. But have you heard these tracks they are serious belters and should be played at every opportunity!!
There is something nearly nostalgic to listening to The Chisel whether it is the ballad-like nature of the final two tracks ‘What Was Mine’ & ‘Will I Ever See You Again?’ or just the resonance of Blitz / The Partisans Making you want to dig through your records to find what song The Chisel reminds you of as they embody the British punk bringing together sounds of UK82, Oi! and Hardcore.

Make sure you have a sturdy pair of boots on for these stomping tracks. Don’t finish writing your year-end lists until you have heard this! The Chisel release ‘Retaliation’ on Vinyl/Cassette/CD/Digital on La Vida Es Un Mus on November 26th. You can watch a video for the title track ‘Retaliation’ below:

and one more time I have to listen to ‘Not the Only One’ and I think you should too.