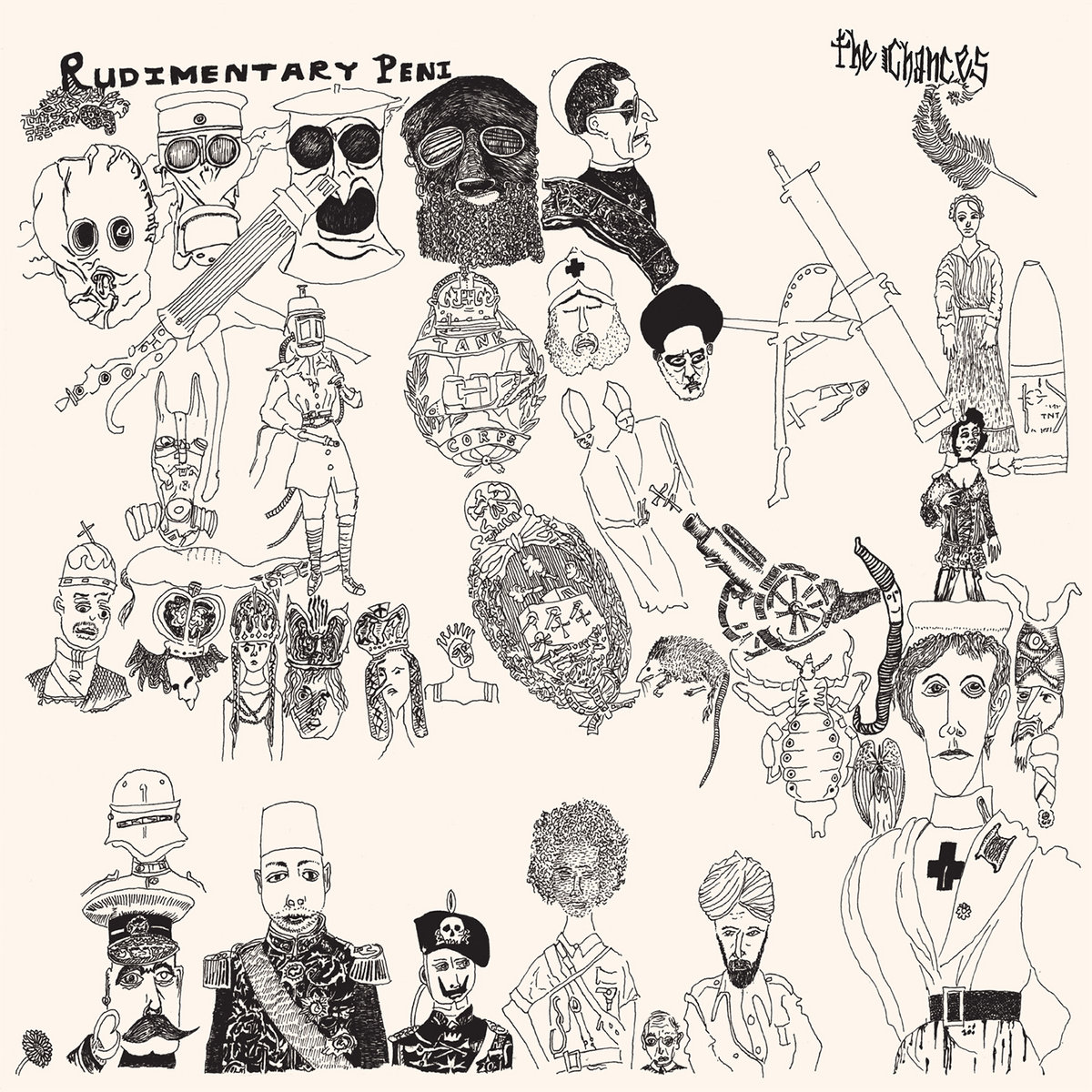 Rudimentary Peni ‘ Wilfred Owen The Chances’ Out Late May

First time on vinyl and with new Nick Blinko artwork. This track was originally only available as a one track CD single with the purchase of The Haunted Head book by Nick Blinko which came out in November 2009. The then newly-recorded and previously unreleased Rudimentary Peni song Wilfred Owen The Chances is a three and a half minute dark and disturbing dirge. The lyrics were originally written by Wilfred Edward Salter Owen (1893-1918) about the fortune of five British ‘Tommies’ during World War I. Hopefully the start of making all Rudimentary Peni catalogue available again.