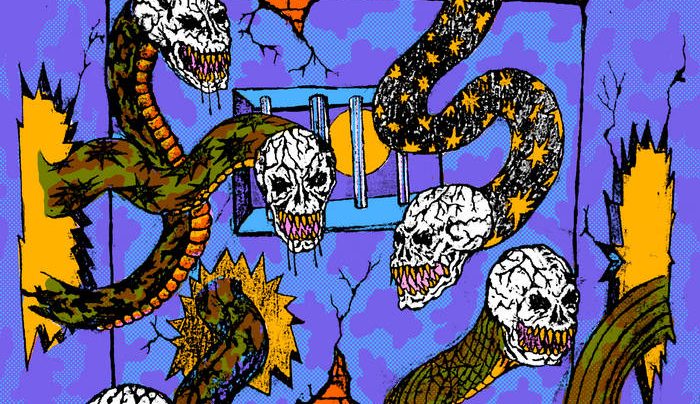 S.H.I.T. released two tracks off their upcoming LP coming out on La Vida Es Un Mus in Europe and Iron Lung Records in the US

The two tracks were released ahead of European dates in February and March 2020
Recorded by Dylan Frankland at Palace Studios. Mixing and additional recording by Jonah Falco. Mastered by Arthur Rizk. Artwork for ‘Eraser III’ by Carlos Velasquez and for ‘Hidden In Eternity’ by Nicky Rat