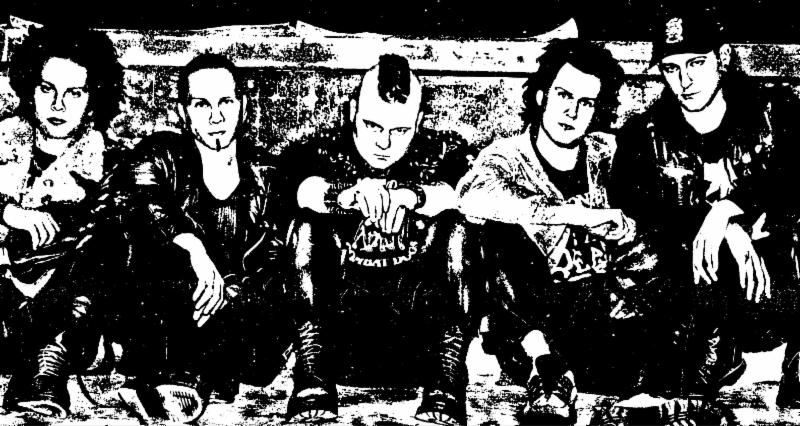 Southern Lord will be bringing back the furious early era of WOLFBRIGADE, the band then known as WOLFPACK, in a trilogy of reissues this April. The series will encompass the savage Swedish act’s first three LPs — A New Dawn Fades, Lycanthro Punk, and Allday Hell — as well as a boxset including all three LPs and the remaining two EPs released before their name change. This marks twenty years since the release of their first two records; Bloodstained Dreams and A New Dawn Fades.

WOLFBRIGADE was one of the main factors in the renaissance of d-beat driven hardcore punk that ruled the world in the late 1990s and early 2000s, with a legion of bands and labels forming a globally recognized network of crushing momentum, siren-like leads and earnest anger sourced from political dissatisfaction and the need to build from the ground up a DIY system. WOLFBRIGADE‘s music stood at the forefront, in no small part down to their instantly identifiable brand of destructive riffing, riddled with chaos and ire, and with a fatally catchy tendency to structure tracks in a manner that kept the listener captive, slammed between a constant buffeting of high-speed verses and snappy choruses. Add to that their bare-bones intensity, underwritten by the storming d-beat drumming. The first three albums cemented their direct blasting approach and remain longstanding favorites, before their transformation at the turn of the millennium brought in darker tones and alternate directions.

On April 15th, Southern Lord will be running with the WOLFPACK to return to print A New Dawn Fades (1996), Lycanthro Punk (1998) and Allday Hell (1999), all of which will be available in LP format, or together in a special box set that also comes with the bonus 7″s Bloodstained Dreams (1996) and Hellhound Warpig (1997). Preorders will be available soon from the Southern Lord store.