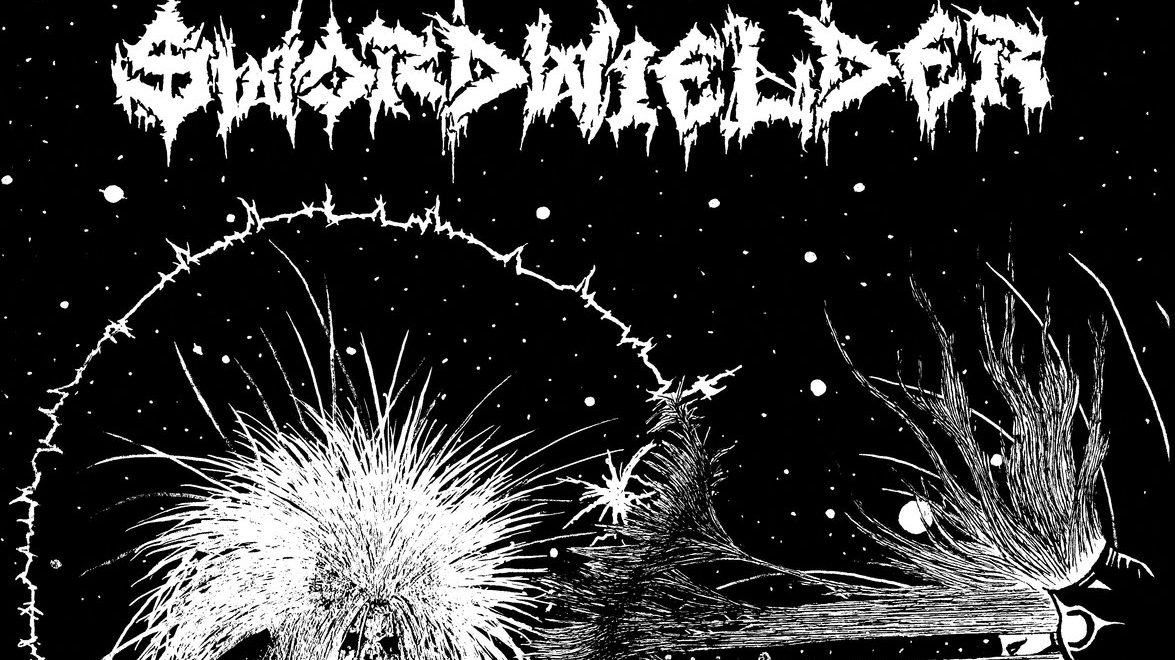 Stench crust the way it was meant to be played! Swordwielder new LP is out now via Profane Existence and Scream Records

The UK crust scene of the 1980’s inspired band after band but no other band has ever reincarnated the sound of that time as well as Swordwielder. Quite simply if you like crust, then this the album you have waited decades for.

I could write a review of this record but why would I do that when the wonderful Craig Hayes has done so over at “Last Rites”
Swordwielder – System Overlord
Heavyweight punk fanatics take note: System Overlord is a fucking triumph. The long-awaited sophomore album from Gothenburg stenchcore band Swordwielder is a brooding behemoth, constructed from the filthiest and heftiest strains of punk and metal. System Overlord shimmers with apocalyptic visions, and it’s overflowing with all the grim atmospherics and intimidating intensity that defines consummate crushing crust.

Too much hype? No way… And no apologies, either. Swordwielder deal in definitive stenchcore on System Overlord, and much like their full-length debut, 2013’s Grim Visions of Battle, the band’s latest release is a knockout. Swordwielder’s harsh, gruff and dark sound owes a significant debt to old school icons like Amebix, Axegrinder, Deviated Instinct, and Antisect, and they mix and mangle their influences and leave ’em to rot on the battlefield.

Plenty of hammering rage drives System Overlord tracks like “Violent Revolution,” “Savage Execution” and “Cyborgs,” and thundering epics like “Corrupt Future” and “Northern Lights” exhibit subtler strengths, mixing guttural growls and clean vocals with crashing percussion and dirge-laden riffs. Connoisseurs of corpse-dragging crust will love the brute-force belligerence of “Absolute Fear,” “Nuclear Winter,” and “Second Attack,” which rain down like merciless mortar barrages. As a rule, all of System Overlord‘s mammoth tracks chug and churn with grinding muscle, while reeking of squalor and decay.