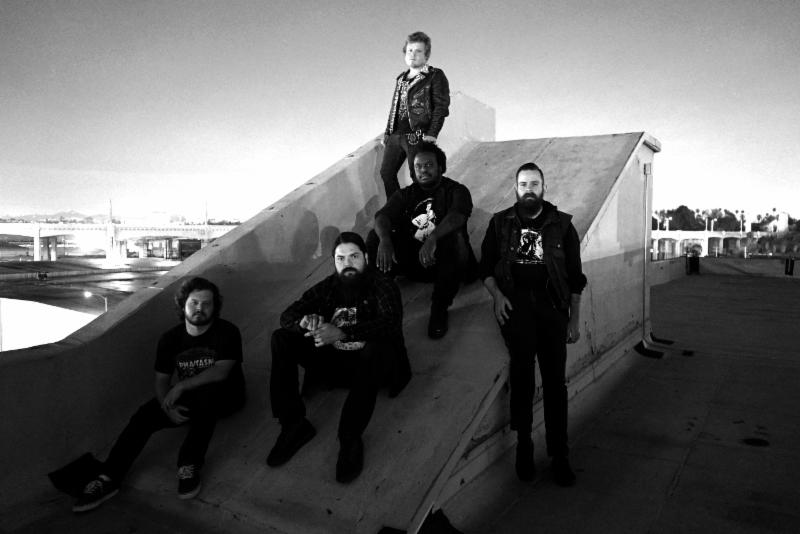 West Coast crust collective, TEMPLE OF DAGON, will unleash their Revelations Of The Spirit EP this June via Black Voodoo Records.

Tracked and mixed by Alex Estrada (Xibalba, Touche Amore, Silver Snakes et al) at Earth Capital Studios in Los Angeles, California and mastered by Dan Randall (Cannabis Corpse, Iron Reagan, Fucked Up et al) at Mammoth Sound in Alameda, California, Revelations Of The Spirit is a four track manifestation of audio punishment based on the life and times of central character, the Horrid King. It’s the sound of self-loathing, self-reflection, self-acceptance and self-love. “Sometimes we lose ourselves in the eyes of other people and forget our own perspective,” espouses the band. “Eventually we learn that we need to get back to the being we’re meant to be and not let outside influences affect our purpose. The ‘revelation of the spirit’ is the moment when you realize you have lost your path and the time to return to your true self is upon you.”

In conjunction with the release, TEMPLE OF DAGON will raze the stages of a dozen cities beginning with an official record release show on June 6th. The following week the band will bring their diseased psalms to Oakland, Portland, Seattle, Denver, Minneapolis, Madison, Chicago, New Orleans, Austin and Phoenix as well as Cruststock 2015 in Anaheim with additional live trauma to be announced soon.