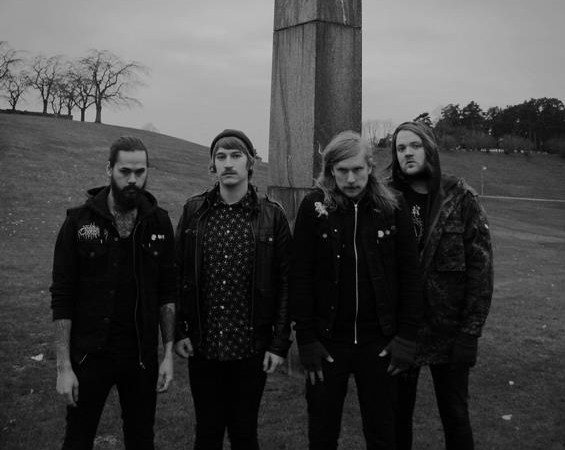 This Gift Is A Curse sign to Season Of Mist

Season of Mist have proudly announced the signing of blacken dark hardcore Swedish band THIS GIFT IS A CURSE!

Regarding the signing to Season of Mist THIS GIFT IS A CURSE commented:

“After negotiations back and forth ever since the release of our debut album, the planets finally came into alignment: we are proud to announce to have signed to Season of Mist.”
“We have admired this label for years”, continues the band. “We have all grown up listening to their numerous bands and releases, which have contributed to shape the very sound of what we like to call THIS GIFT IS A CURSE. A new full length album will be out in 2015. We can hardly wait to unleash it upon you!”

THIS GIFT IS A CURSE were founded in Stockholm, Sweden by a chance meeting of vocalist Jonas A. Holmberg and drummer Johan Nordlund in late summer 2008. Combining elements of hardcore and sludge with influences from occult black metal as well as drone, they soon recruited guitarist Patrik Andersson and Lars Gunnarsson on bass.

In March 2010 the four-piece entered the legendary Sunlight Studios (ENTOMBED, KATATONIA, TIAMAT, DISMEMBER and many more) and recorded aided by Tomas Skogsberg their self-titled debut EP. ‘This Gift Is a Curse’ (2010) was well received in the underground and led to the band being invited to perform many shows in their homeland and also in Europe.

During the second half of 2011 the band recorded their first full-length ‘I, Gvilt Bearer’ at a secret location north of Stockholm. Their producer Magbjork (MELEEH, CHILDREN OF FALL) moved his studio to this specific location to allow the band to record without any limitations. ‘I, Gvilt Bearer’ (2012) caused a buzz in the underground and quickly sold out its first pressings. More touring followed during the next two years.

In 2014 THIS GIFT IS A CURSE teamed up with Magbjork again to record their sophomore album in an abandoned house close to Stockholm. Aiming for an even darker vision, this radical masterpiece is currently being prepared for release in 2015. More news to come soon. Watch this space…