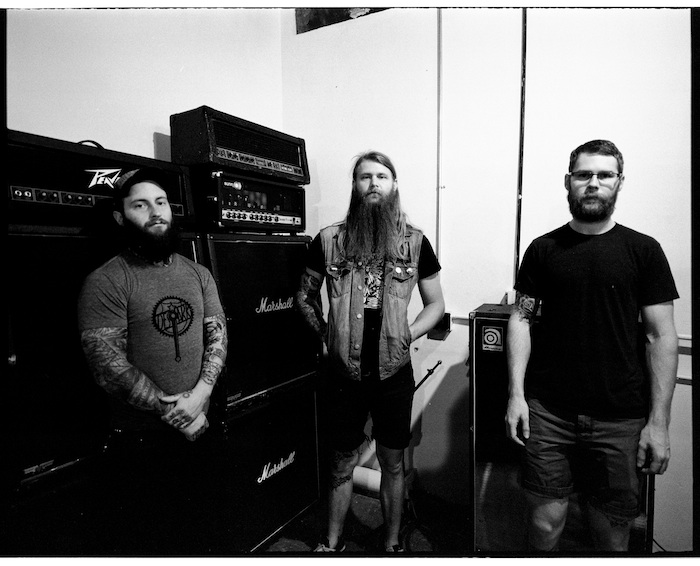 TORCH RUNNER return with details of their second full-length SOUTHERN LORD, titled ‘ENDLESS NOTHING’, to be released 29 September You can listen to the track ‘GODLUST’ from Endless Nothing on D-Beat Beater

“Convalescence is over and the suffering returns… Hot on the heels of the Southern Lord re-release of their debut album, Torch Runner are back in no time with news of their forthcoming LP, titled Endless Nothing. On it, the North Carolina trio set off rabid grind, repellent metallic clout and hardline vocal harangue in an uncontrolled explosion, which will surely appease fiends that are into filth like Napalm Death, Converge and Nails. Endless Nothing is due for a 29th September release, available as CD and limited edition vinyl formats on Southern Lord.

Torch Runner strike you as exceptionally foul from the gritty get go, with a turbid yet tightly-knotted hardcore storm at the base of their sound. On top of that crunching stomp, they pour a slurry of crust-infected death metal, powerhouse grind pace, and throbbing harsh noise to further increase the severity of proceedings, and the result is simply terrifying. The band, made up of Rob Turner (vocals + bass), Scott Hughes (guitar) and Josh Platt (drums), already have a staggeringly vicious full-length under their belt in Committed To The Ground, released on To Live A Lie Records in 2012 and rereleased by Southern Lord in May of this year, and prior to that, two EPs and a split 7” with Young And In The Way. Now, on Endless Nothing, the band are reaching new depths of audial violence.

Torch Runner shall embark on a West Coast US tour with label mates Obliterations and Baptists kicking off in October, for a full run down of dates, please check the band’s facebook. Stay tuned for more information and another preview track from the album in the coming weeks, in the meantime, check out the artwork and track list.”