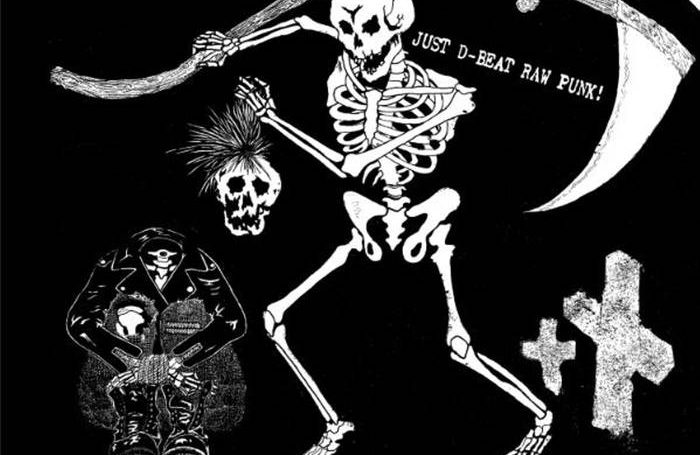 Tortür from Los Angeles DIS nightmare continues! with more noise, not music as they release another release that follows up their 7″ on Phobia Records Death Looms Graves Fill which was released earlier this year. Minneapolis’ raw noise heads addicted to Disclose, Discard, and Discharge, Hellish View are back with a follow up to their recent Reaper’s Hand 7″ on Desolate records with this split release.