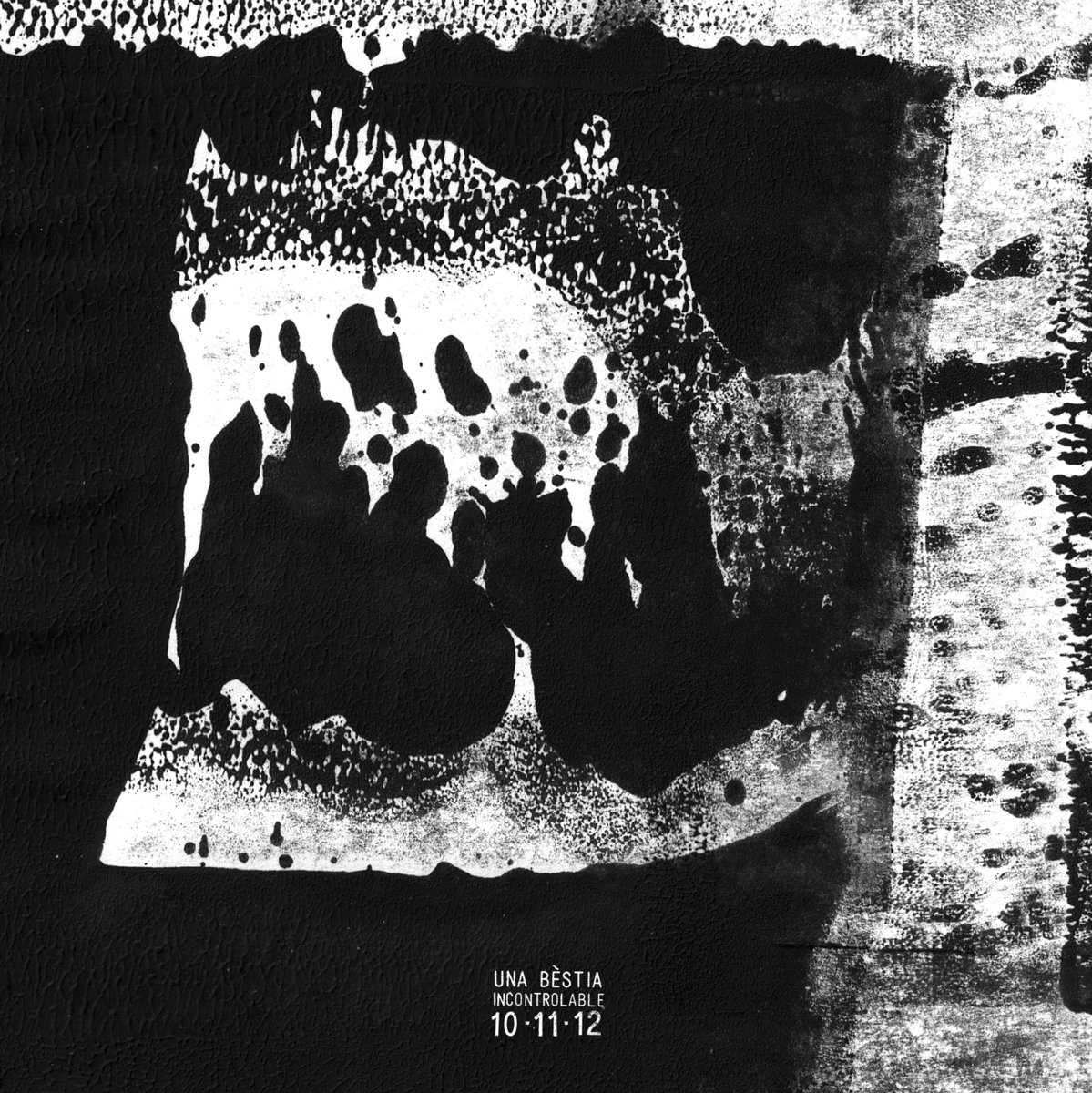 UNA BÈSTIA INCONTROLABLE was born in 2012 as a side project with members of GLAM, DESTINO FINAL and CROSTA. They got wind of GLAM playing a show in London and decided to jump on the bill. They got a set together and recorded it in a rush to have some tapes to sell as said show. The tape recorded mere weeks after the band’s inception remains an extremely powerful recording that only 100 lucky people managed to get on its original format. It shows the band as its rawest, pushing the limits of their previous bands as far as possible and setting the mood for what “Observant Com El Mon Es Destrueix ” LP would be.

10-11-12 comes housed in a 12 panel poster similar to the ones CRASS records made popular in the 80s with artwork by Guillem El Muro and Oriol Roca.
tags