This June / July Portland’s VASTATION will be touring the west coast of the United States. They will be teamed up with WILT from Seattle for the entirety of the tour. If that’s not enough crust to rip your face off, a few selected shows will also feature BÄDR VOGU and British Columbia’s legendary ISKRA!

Later this month VASTATION will be dropping two incredible split EPS. The first one is with Minneapolis’s WAR//PLAGUE. It will be released on PROFANE EXISTENCE RECORDS and on ORGANIZE AND ARISE. The second split is with MUTILATED VETERANS and will be released on MORBID REALITY RECORDS. 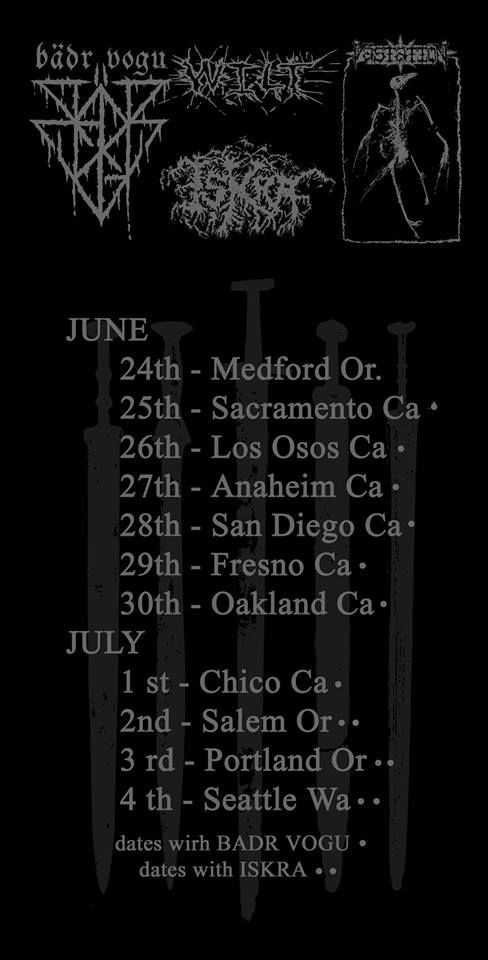