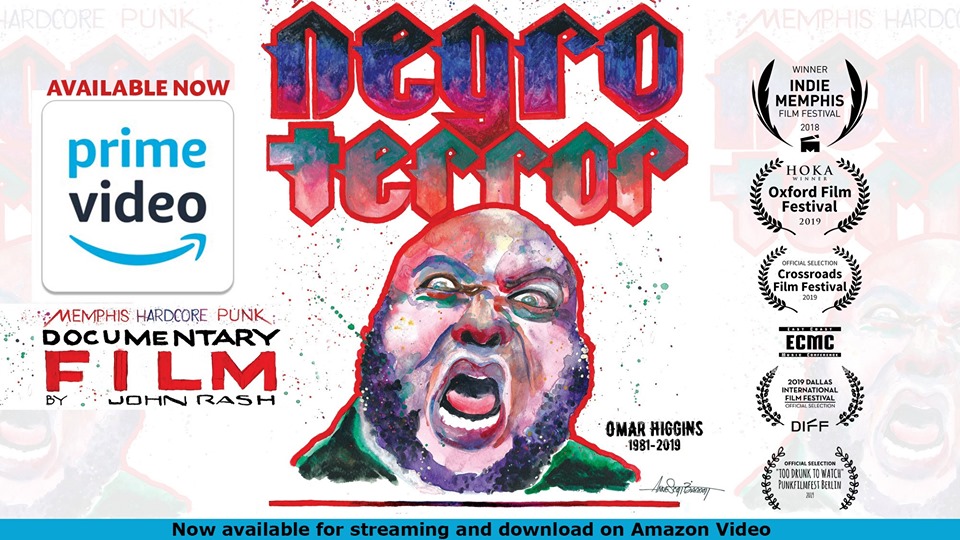 ‘Negro Terror’ is a cinematic and musical portrait of a punk band’s rise from playing house parties to establishing their influential role within the vibrant and eclectic underground music community of Memphis, TN.

Negro Terror from The Southern Documentary Project on Vimeo.

Negro Terror champion history and identity politics with a urgency far beyond that of another punk band with a provocative name. Sadly, the band’s singer and bassist Omar Higgins unexpectedly passed away on April 18, 2019, just after recording their first full-length album. This film is dedicated to Omar and the Higgins family.

Born in 1981 in Brooklyn, Omar served in the US Army during his life and participated in missions in Iraq. In 2004 he founded the power violence band Downfall Of Humanity , later also the reaggae project The Soul Enforces and joined the Chinese Connection Dub Embassy. Old school hardcore trio Negro Terror was created in 2015, attracting attention by, among other things, reviewing two songs from the white power band Skrewdriver. Omar’s brother David joined the trio in November 2018, recording their debut album “Paranoia” in early 2019 . Omar died after a two-week hospitalization in ICU due to stroke and staphylococcal infection.