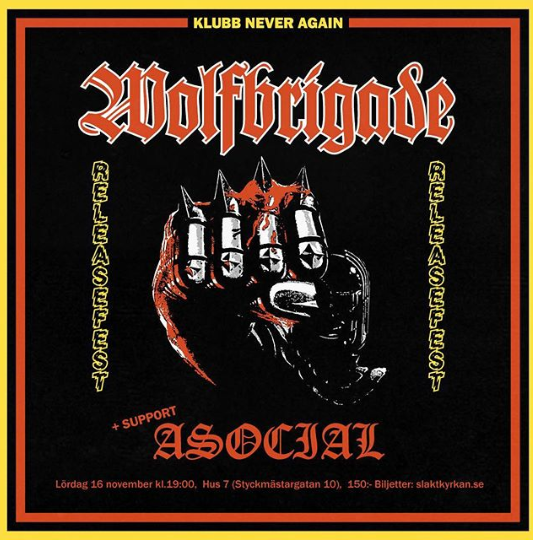 Wolfbrigade New LP Out In November

The new Wolfbrigade LP, The Enemy: Reality, which is coming out through Southern Lord is set to be released in November with a release gig announced for 16/Nov/2019 in Stockholm, Sweden which will also feature Asocial.