New WOLFBRIGADE LP “Run With The Hunted” will be out soon on Southern Lord.

This will be Wolfbrigade second LP of a three album deal they sign a couple of years ago having previously released Damned. The new LP will feature 10 tracks of Lycanthro Punk. Not much details have been released on ‘Run With The Hunted’ so I cant say much more apart from some educated guessing but ‘Run With The Hunted’ looks like it is ready for press with Southern Lord announcing the release posting a picture of the A + B labels online.

Wolfbrigade will be playing confirmed gigs through out Europe this year: 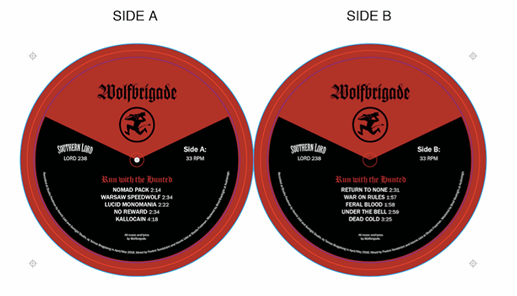