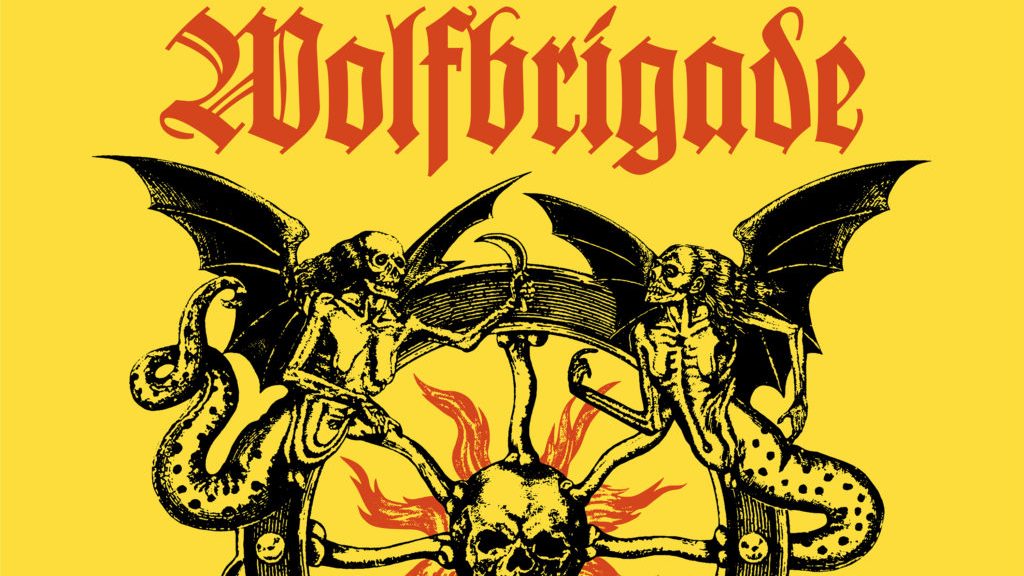 WOLFBRIGADE To Release Their Tenth Full-Length, The Enemy: Reality, Through Southern Lord In November

After speculating and drip feeding you little bits of news we have finally got a press release on Wolfbrigade new LP The Enemy: Reality out November 8th

On the wind-bitten plains of Skaraborg, Sweden, the wolves have arisen once again. They are on the prowl, yearning for your blood, warm and fresh. On their tenth album, WOLFBRIGADE cuts deep, and they are ruthless. This time they have only submitted to themselves, from recording to production and artwork working in isolation, resulting in heightened senses and sharpened fangs. The ten songs rip into both body and mind, with no holds barred regarding power, substance, and melody.

This time around, WOLFBRIGADE’s hybrid beast of Swedish hardcore and death metal known as Lycanthro Punk has become even more distinct. These ten tracks of destruction display both a love for 80s metal hooks and intros, as well as primitive hardcore brutality.

The lyrics on The Enemy: Reality dissect the state of human existence, the bizarre animal presence that we are. The naked apes. Exploring the dynamics that rule man. Power and submission. Manipulation. The injustices of inequality. This is an album seething with anger and frustration.

The band remarks, “Humans are a narcissistic breed, incapable of real change. This album is a way for us to deal with the fact that we are one of a large pack, submitting to the same societal norms as everyone else. No matter how much we would like it to be different. We are all on the same crazy trip.”

The Enemy: Reality will see release through Southern Lord on November 8th. Watch for audio premieres, preorders, and more to post in the weeks ahead.

Following a one-off show in Los Angeles, California with Final Conflict and Dropdead and a set at Off Limits Festival in Naucalpan, Mexico last week, expect new live dates for WOLFBRIGADE to post over the coming months.