Wounded Tongue (featuring members of Antischism, Burnt Books, Nailbiter & more) formed earlier this year, and will be release a one sided 12″ on Burnt Bridges Records & Anti-Corp Records in early 2015

South Carolina hardcore punk band WOUNDED TONGUE have announced their debut LP (a one-sided 12″ with etchings on both sides), will be released January 1, 2015 via Burnt Bridges Records & Anti-Corp Records.

Wounded Tongue (featuring members of Antischism, Burnt Books, Nailbiter & more) formed in March 2014 and wrote all the songs in about 6 practices. As longtime friends with respect for one another’s previous work, it was natural to write a blistering, yet interesting hardcore punk record together.

Recorded over a very focused two days in June 2014, Jamey Rogers (Collective Recordings) helped the band achieve the same sounds and tones that the band makes live onstage. The LP version was mastered and hand-etched by Dan Emery at Black Matter Mastering. Fernando Pena (art for Torch Runner) had a specific vision for the Wounded Tongue artwork and etching on the record. Limited to a pressing of 500, “Our Children’s Throats” is very much a DIY effort. 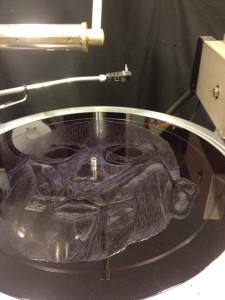