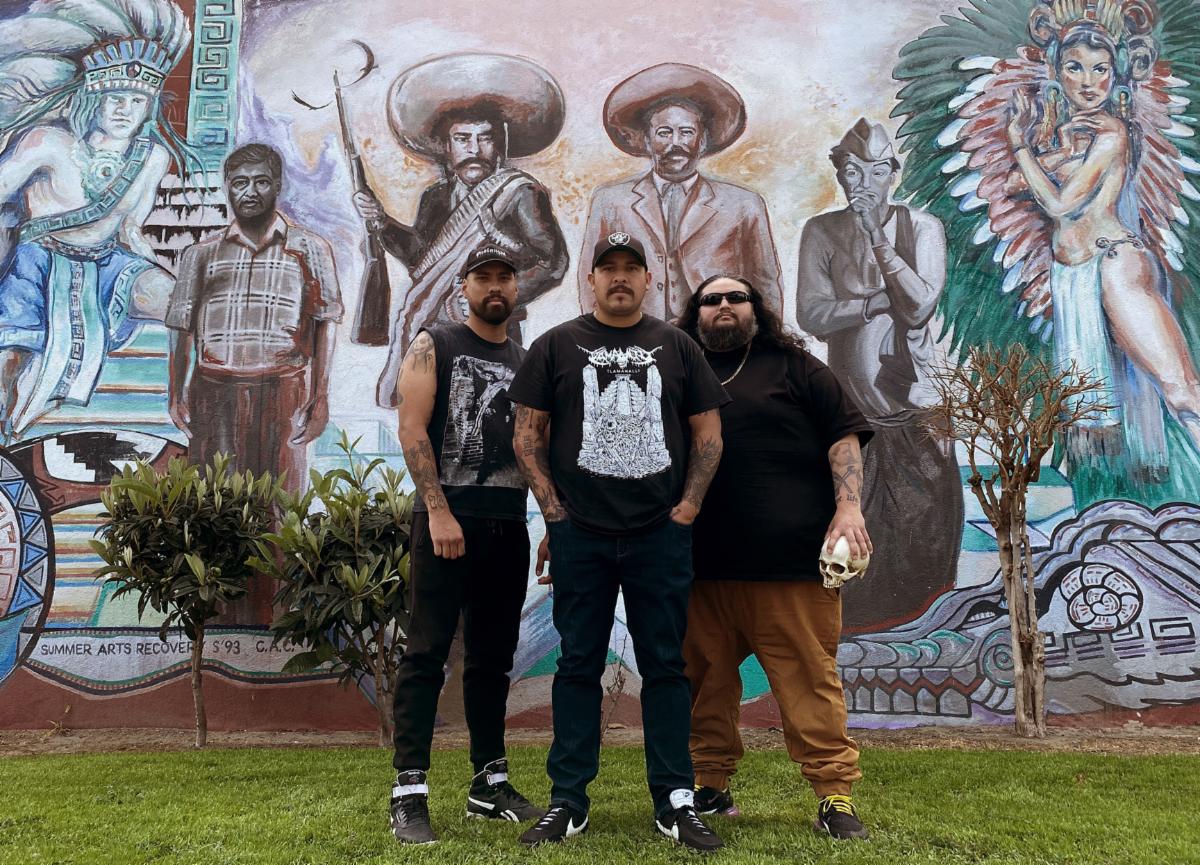 Feel the wrath of California heavyweights XIBALBA, showing no mercy and keeping their cultural message intact with their fourth full-length Años En Infierno. Confirming the album for release late this May through Southern Lord, the cover art, track listing, and a brief trailer for the record have been issued.

For the past thirteen years, XIBALBA has been dedicated to carving a sound which combines unadulterated aggression booming out of the vocals, an ultra-heavy low-end frequency, colossal death metal riffs, brutal hardcore breakdowns, and a trademark groove now synonymous with the group. Años En Infierno takes these conventions and finds a new way of expression that the band defines as, “more harsh, brutal, and creative in a metaphorical sense.”

Some aspects of this album remain consistent, such as the album’s cover artwork once again being handled by longtime collaborator Dan Seagrave (Dismember, Entombed, Suffocation). However, the production of this album was handled by Arthur Rizk (Cro-Mags Power Trip, Inquisition,) whose handiwork pushes XIBALBA‘s sound to epic proportions