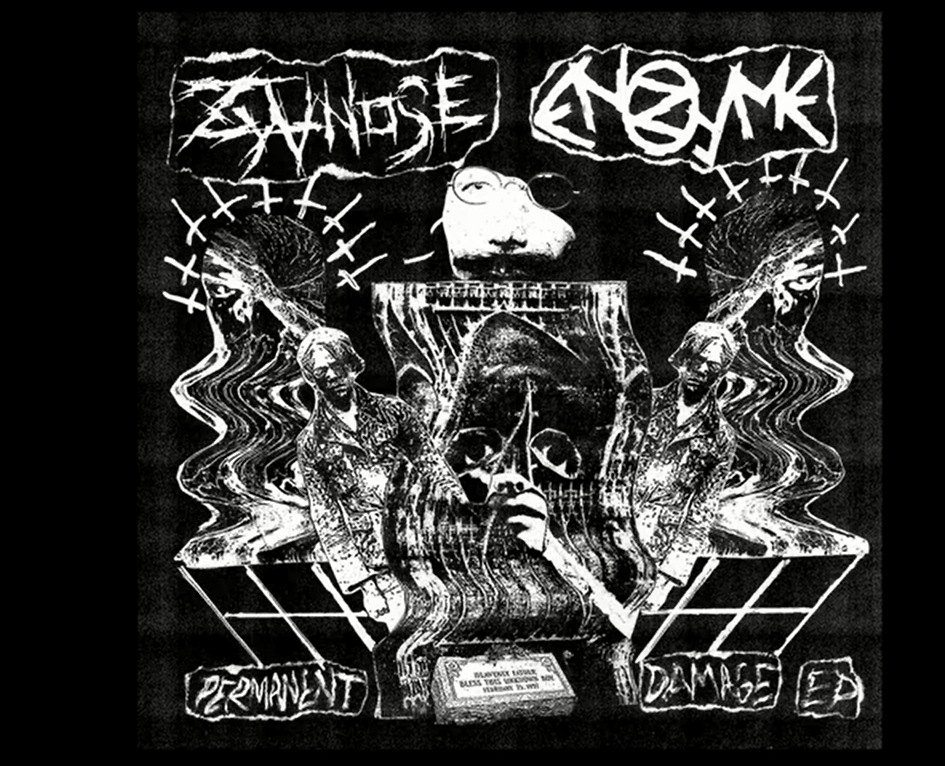 Two bands on the tips of most people tongues who would follow this blog Enzyme and Zyanose are to release a split EP to align with their joint tour in Australia.

Zyanose of Osaka’s ever evolving sound has always made them different from what the international world of punk has to offer. On this release, they deliver 3 punishing tracks that draw heavily on the late 80s UK crust scene (Sore Throat, Electro Hippies etc) while still mantaining a strong Osaka sound. Recorded by Ippei San at LM Studios. A studio credited for producing Osaka punk releases like Gloom “Mentally Achronistic 2000 EP” and Framtid ”Defeat of Civilization LP”. Hot off the heals of “Howling Mind” 12’’, Enzyme offers 2 new short sharp shock tracks of pogo inducing pyschadelia noisecore . Recorded by Joshua Wells of Priors and Nerve fame and mastered by Shige at Noiseroom. Permanent Damage EP is released in conjunction with Zyanose’s Australian“ The End” tour. The tour will be supported by Enzyme. Artwork by Zach Malakonas.

Listen to a track from each side of the split below: